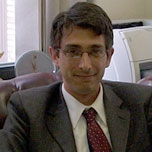 Mr. deArmas joined the firm as an associate attorney in 2008. He primarily represents clients who are facing criminal charges ranging from traffic violations to drug possession and distribution, as well as violent crimes such as assault and homicide.

He is a Pennsylvania native and currently resides in Albany, NY.